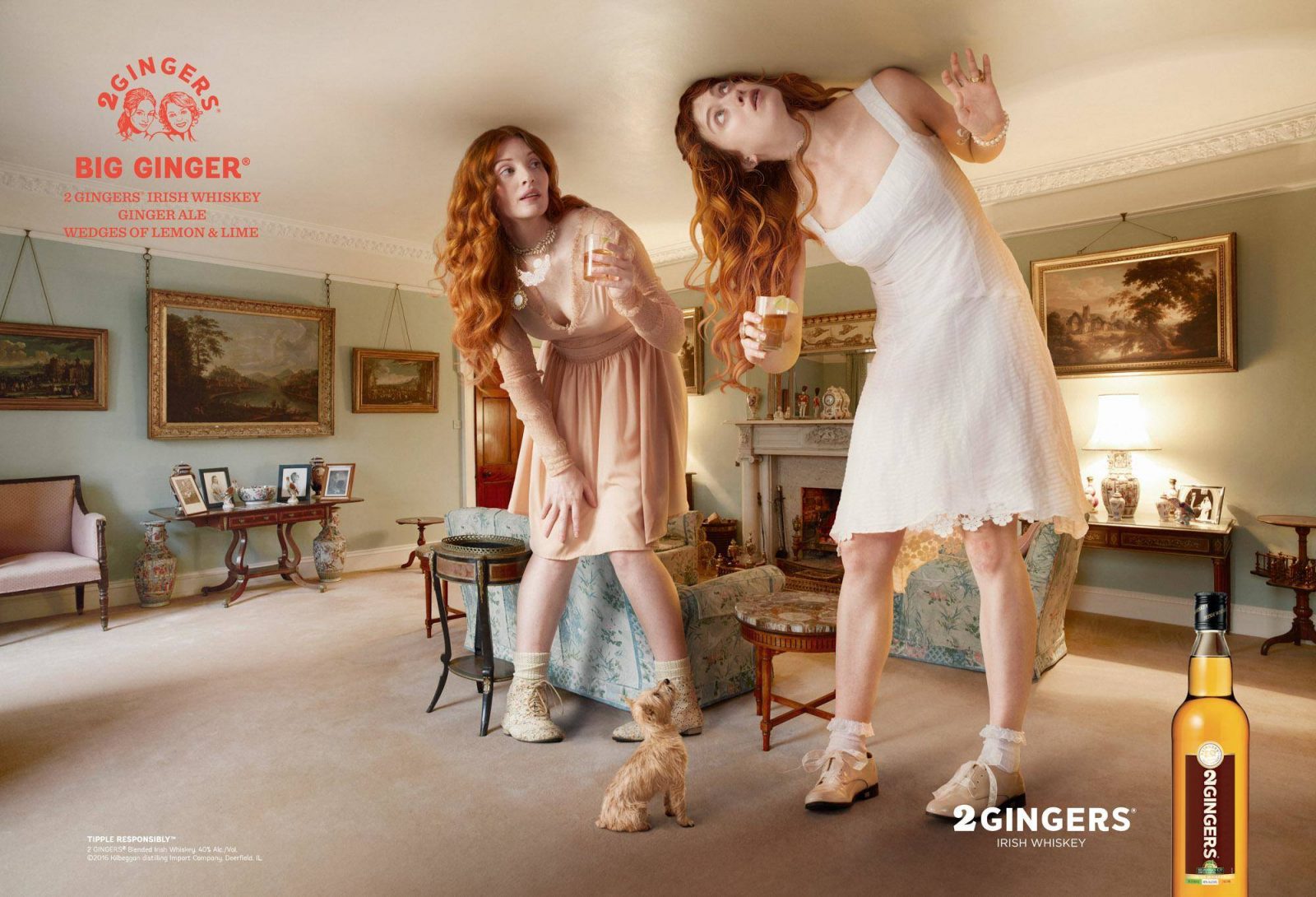 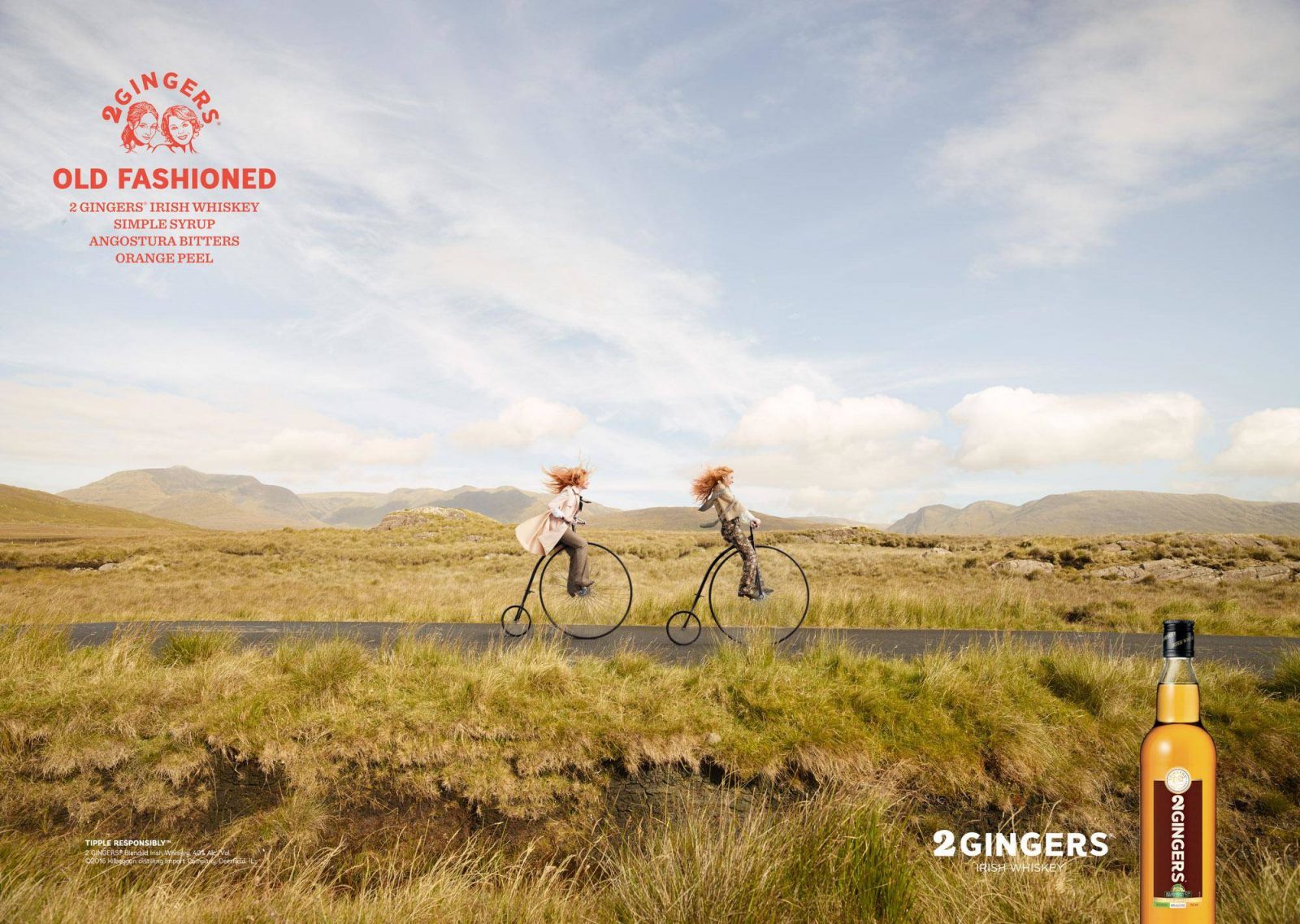 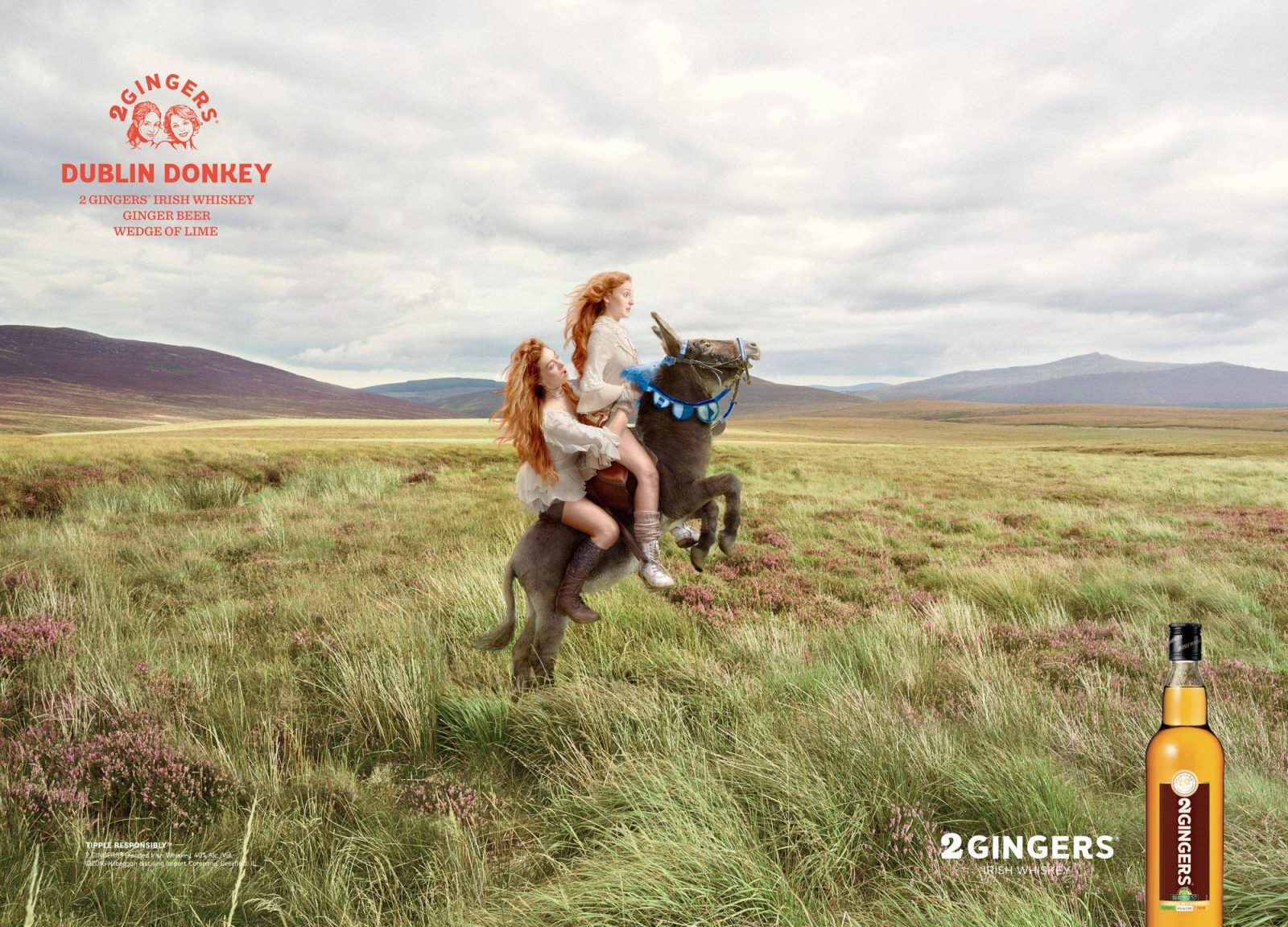 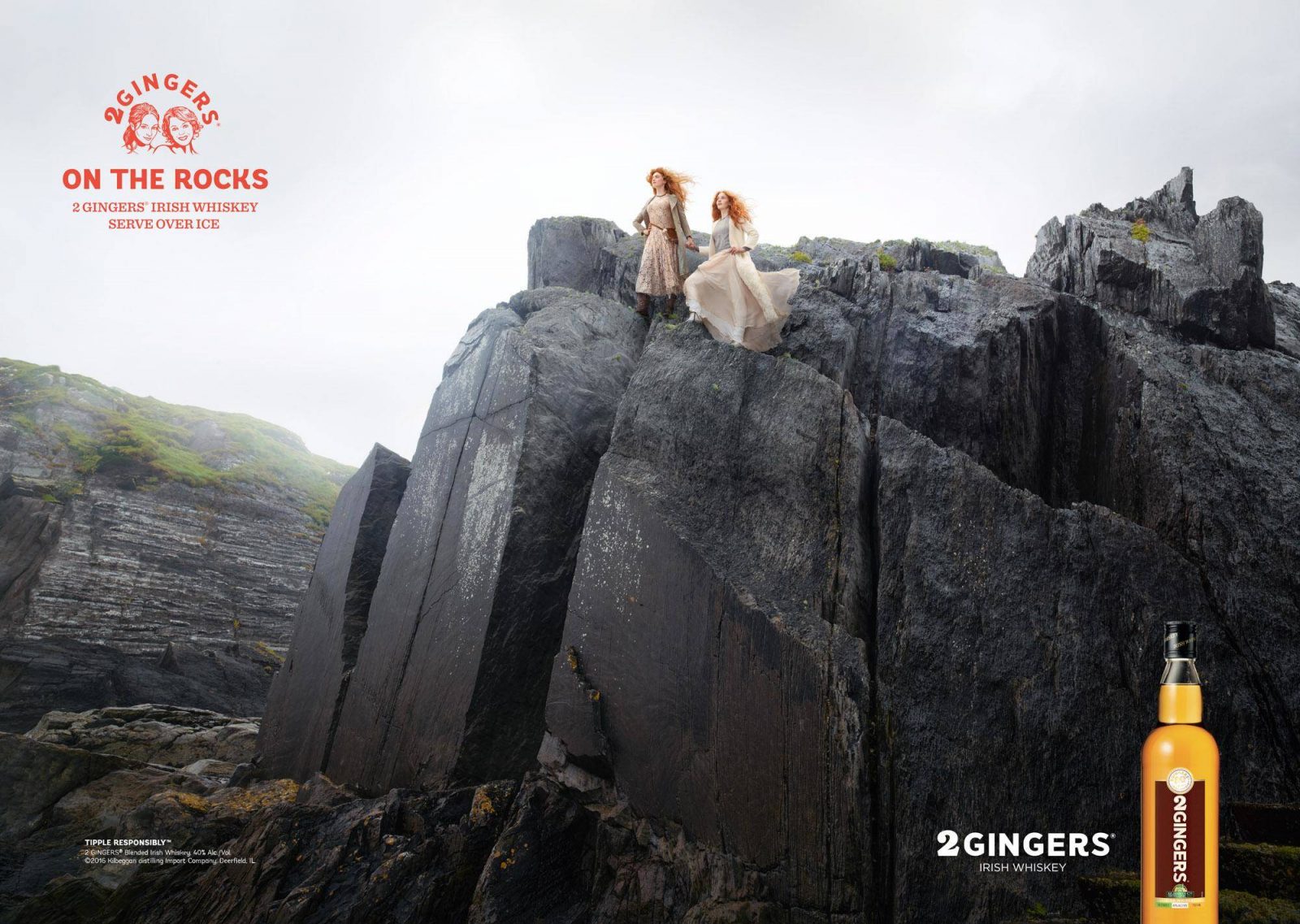 The Print Ad titled Big Ginger was done by VSA Partners advertising agency for 2 Gingers Irish Whiskey in United States. It was released in Mar 2016.

About 2 Gingers
2 GINGERS® was started by Irishman Kieran Folliard who had a passion, a great idea and an inspiration. The result? A smooth, malty and slightly sweet, blended Irish Whiskey named after his mother and aunt, the two fiery-redheads whose likenesses are on our bottle.

2 GINGERS® is a smooth, stand-out spirit when consumed neat or on the rocks, and a mixable Irish Whiskey that stands up in a cocktail. You will not find a better whiskey to mix and share with friends, any time of year.